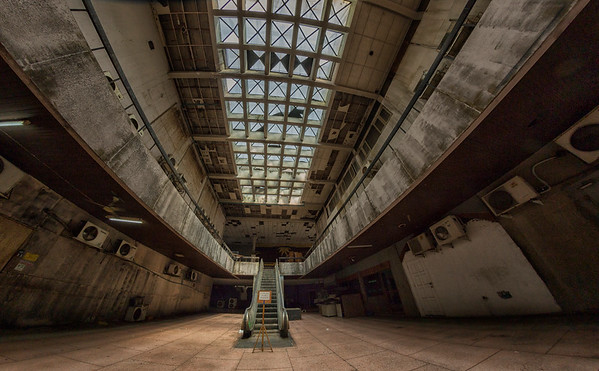 I've been exploring & documenting abandoned places around the world since 2016 & have documented over 30 locations in Thailand, as well as the Chernobyl Exclusion Zone in Ukraine, and a number of sites in the United States & South Africa.  I'm fascinated with the history of places that were once important components of local communities, but now lay derelict & forgotten to history.  I take pictures with the intention of cataloging a time, a place, and an economic or social reality. I attempt to gain a sense of the tapped-out usefulness of an institution and a peek into it's uncertain future.  Amongst the chaos is a beautiful order waiting to be discovered.

Originally from the US, I've been living, working and traveling in Asia since 2003, where I'm a Technology teacher & part-time photographer. Since 2007, I've lived in the culturally vibrant and beautifully chaotic city that is Bangkok, Thailand. The Big Mango provides endless subject matter for photos, with every moment providing something interesting and unique to capture. Since 2016 I've been heavily involved in the urban exploration genre, seeking out and capturing the eerie beauty of abandoned, decaying, or unusual structures and sites around the world.

I have experience in photogrammetry shoots as I had the opportunity to work with some awesome game developers (from Blue Hole/PUBG).  Enquiries welcome.

aPhotoEditor.com (The Art of the Personal Project: Dax Ward)

the Telegraph (photos of the day)

the Mirror UK and the Daily Mail (the abandoned sanatorium)

I also have several other stories available from my syndicators:

The Abandoned Paris Theater in Bangkok