The abandoned city of Pripyat is located in the north of the Kyiv region of Ukraine, about 180 km from Kyiv, on the banks of the Pripyat River, 2 km from the Chernobyl nuclear power plant, not far from the border with the Republic of Belarus. Home to 47,500 inhabitants at the time of the accident, it now sits abandoned and in the shadow of the defunct Chernobyl nuclear reactor. This reactor, which provided a source of income for many of the families of Pripyat, ultimately led to their lives being changed forever.

Founded in 1970, Pripyat was designed as the exemplary socialist town, having all the amenities and conveniences a Soviet city could dream of. Each of it's five districts was designed with the same features, including apartment blocks, exercise facilities, schools for all ages, restaurants, and various retail stores. It was planned that a vast number of public facilities would be built and open by the end of 1988.

The explosion occurred on April 26, 1986, leading to the immediate evacuation of the city of Pripyat and, eventually, the 2,600 sq. km region that would become the Chernobyl Exclusion Zone. The evacuation efforts, unlike the initial efforts to contain the radiation, were carried out with some success in organization and efficiency, managing to evacuate the entire city in just a few hours.

Once the city was evacuated, liquidators made their way into the area to begin cleanup and containment of the radiation. The liquidators were the civil and military personnel who were called upon to deal with consequences of the accident, an enormous task to say the least.

Now, more than 30 years later, the city lays abandoned, aside from a few security guards, day tour groups and the security who watch over them, and, of course, the 'stalkers' who move quietly, hidden in the dense overgrowth or abandoned towers. As with all of the Zone, if one stops moving and makes no sound, only the sounds of the wind can be heard.

Note: The aerial shots were taken using my drone which I flew from the roof of a high rise at around 7am.
Read More
Powered by SmugMug Owner Log In 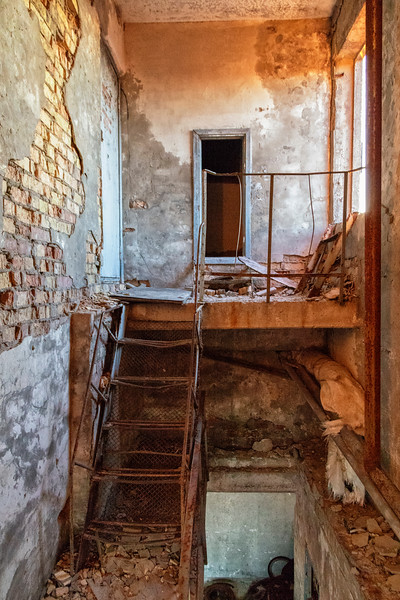